Click on a photo below to read more about our staff! 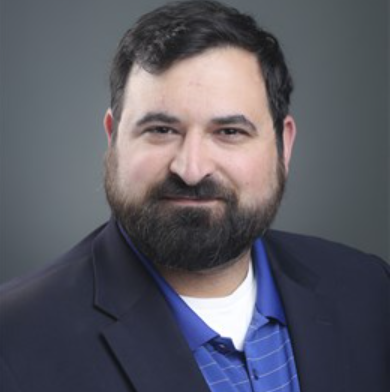 Pastor Luke was raised in the Napa Valley and graduated with a degree in Religious Studies from Chico State University. He went on to complete seminary at the Pacific School of Religion in Berkeley. After seminary, Luke completed a fellowship with the Lewis Center for Church Leadership at Wesley Theological Seminary in Washington, D.C.

Luke lives locally with his wife (Stephanie) and their two sons (Caleb and Wesley). The Ham family spends as much time as possible outdoors searching for good playgrounds, hiking trails, beaches and live music. 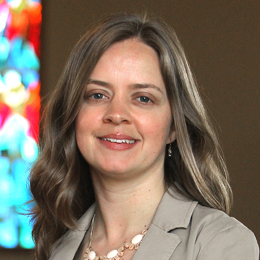 Tricia Wiig joined Mt. Tam UMC as Director of Children and Family Ministries in 2010 after holding positions in both education and administration. Her passion for ministry with children is rooted in both her personal faith and being a mom! She holds a Bachelor of Arts degree from the University of Minnesota, her home state, and has lived in Marin since 2001. Tricia’s call to ministry with children and their families run deep: "I love the field of children's ministries as I get to combine my three great passions; working with children, doing crafts and learning and sharing about God. For me, ministry means sharing the vision of a world of justice, inclusion, love and peace and watching kids and families experience the Divine."

After also serving as Office Manager from March 2016 - January 2019, she is thrilled to take on the additional role of Youth Ministries, especially now that her son is a teenager! 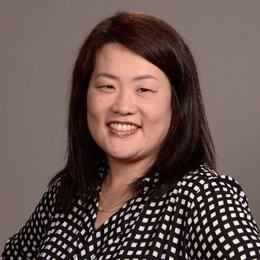 Hyunjung Choi studied music at Yonsei University in South Korea with a concentration in Pipe Organ performance. She continued to study Choral Conducting at Golden Gate Baptist Theological Seminary and has also worked with renowned conductors such as Dr. Solomon of the San Francisco Bach Choir.

Hyunjung Choi was appointed Music Director of The Pacific Choir in 2013 with which she performed master choral works such as Vivaldi’s Magnificat in 2013, Mozart’s Coronation Mass in 2014, and Vivaldi's Gloria in 2015. She also directed her choir to benefit many charitable foundations such as the American Cancer Society and the Oakland Children's Hospital.

Hyunjung’s musical passion led her to various music conferences and choral festivals such as the American Choral Directors Association, and Bachstiftung in Trogen, Switzerland. The Pacific Choir performs not only classical choral music but also contemporary choral works including those by Asian composers recently introduced to the audience in North America. The repertoire of The Pacific Choir includes various choral works, from Baroque to Contemporary, that includes masterpieces of Bach to American Jazz to original Pop Arrangements.

Hyunjung Choi was invited to perform for the United Nations' 70th Anniversary at Grace Cathedral, San Francisco in 2015, and Reformation 500 in 2017. In addition to her work with The Pacific Choir, she also serves Mt. Tamalpais United Methodist Church in Mill Valley as Director of Music Ministries. 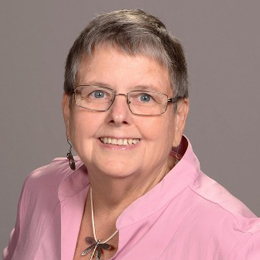 Norma Jean explains that her call to ministry came as a second calling. While teaching in special education classes for Marin county schools she also volunteered in the church. She especially delighted in teaching Sunday school. When Mt. Tam UMC began searching for a director of Christian Education it was as if a voice was pointing the way for her. She applied for and was given the position. With the urging of the then pastor and her husband, Bill Walsh, she began taking seminary classes, eventually becoming an ordained Elder in the UMC.

Since 1996 she has served churches in in Bakersfield, Anderson, Chester, and San Rafael. Two of those churches were in rural settings, with aging congregations. She became aware of a need for ministry with folks as their lives transitioned into assisted living and extended health care, seeing that often they are not spiritually prepared for the new stage of their lives.

After retiring and moving back to Marin, Norma Jean renewed her relationship with Mt. Tam Church. She shared her vision of elder ministry with Pastor Kim. And after the passing of her husband began plans for building outreach and spiritual support for the growing elder population of this community. Mt. Tam now supports two worship services a month and weekly visitation in the Healthcare Unit of the Redwoods, and a monthly worship service at Aegis in Corte Madera. We are reaching into the neighborhoods to identify the pockets of elders who tend to become isolated. Staci became the Superintendent of the new Bay District this year! She has served the church in many ways, with pastorates in North Georgia, the Pacific Northwest, as pastor of Jones Memorial UMC in San Francisco, and as the Superintendent of the Camino Real District. She holds degrees from Spelman College (BA) and Claremont School of Theology (MDiv). Beyond the local church, Staci serves on the Faith Advisory Board of the Helen Diller Family Comprehensive Cancer Center at University of California, San Francisco, a mentor for five candidates for ordained ministry, and served as the Chairperson for the California-Nevada Annual Conference Commission on the Status and Role of Women. She is passionate about preaching God's word and seeing lives transformed by the healing, empowering Gospel of Jesus Christ. She loves time with her family, her husband, the Rev. John D. Current, Sr., who is the pastor of Grace United Methodist Church in San Francisco, son Leon "Leo” Current, currently a college freshman and her two bonus children, John Current, Jr., and Faith Anderson, and bonus grandson, David. 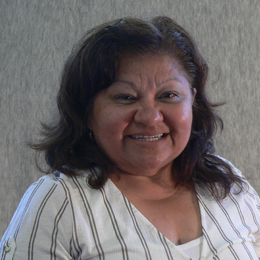 I’ve lived in the bay area since 1981, when my family fled the civil war in Nicaragua. Over the years that experience has helped me realize the importance of living in liberty. In addition, it has taught me the importance of having the special freedom of religion.

I’ve worked in various positions of the California Nevada Annual Conference and the Bay View District and most recently moved over from Jones Memorial United Methodist Church located in San Francisco. My passion is to help the church community empower their mission and be of help to those in need of assistance.

My weekends are mostly spent taking my son Moises to basketballs games, or practice, church, BBQs, and going to watch fun movies.

Looking forward to our journey together. 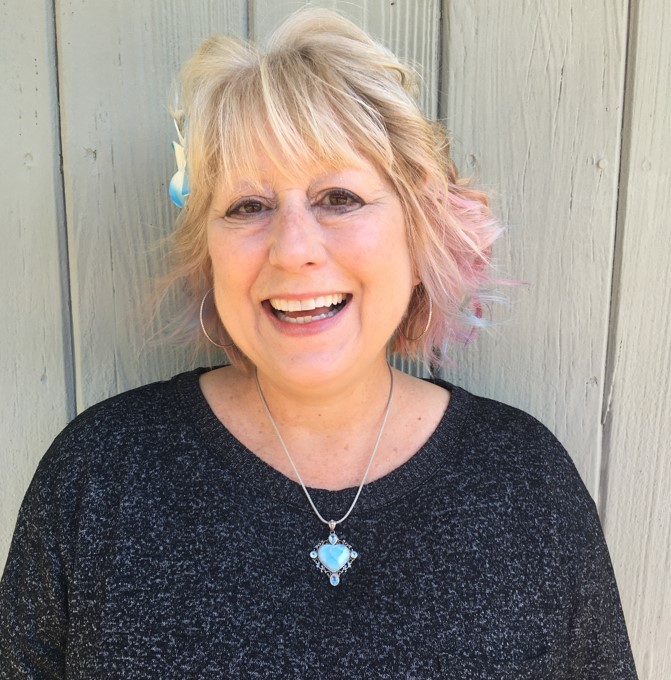 Julie Shortridge is happy to say that she was lucky enough to have grown up in Mill Valley and can call herself a Marin native.

Having a love and appreciation for guiding and teaching young children, in 1989, she received her E.C.E State of California Teaching Certification. Focusing on creative and artistic curriculum including Music, Theatre, Movement, and Art she has been blessed to have taught in some of Marin Counties finest schools.

She is now very thrilled and enthusiastic to have joined the Mt. Tam United Methodist team. She feels lucky and blessed to be a part of the Sunday school staff. 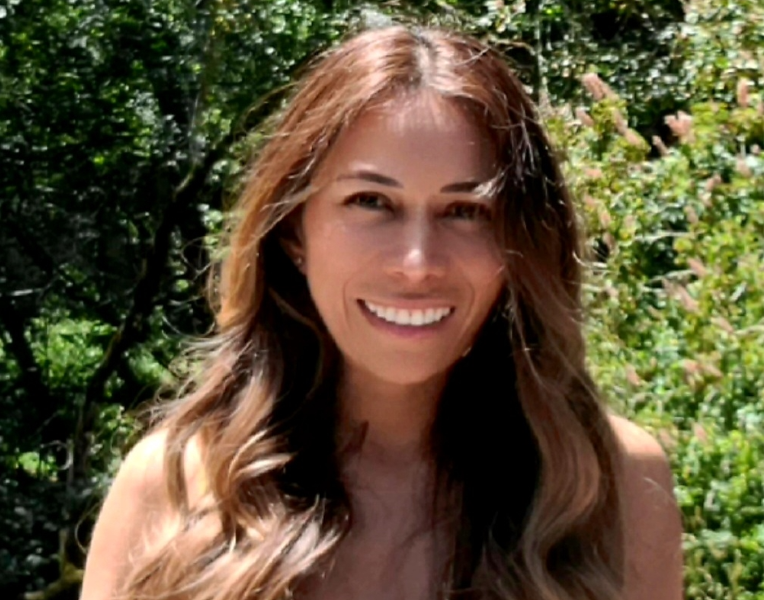 Katia has spent over ten years teaching preschool and kindergarten in Montessori Schools, in both English and Spanish. She Holds an M.A. in Education from Universidad del Pacifico, Mexico, graduating with highest honors in 2013, a B.A. in Communication and an A.S. in Business Management from CCSF. She earned her Montessori Teacher Credential in 2016 at the MTEC San Francisco-Bay Area. She lives in Mill Valley and is a mom to an 8 year old daughter. They love hiking, paddle boarding, and biking. Katia is a strong advocate for lifelong teaching and learning and her natural love for teaching, caring for children and her passion for the arts led her to create her own enrichment program offered at many schools in Marin. Katia is thrilled to join the Mt. Tam United Methodist team! 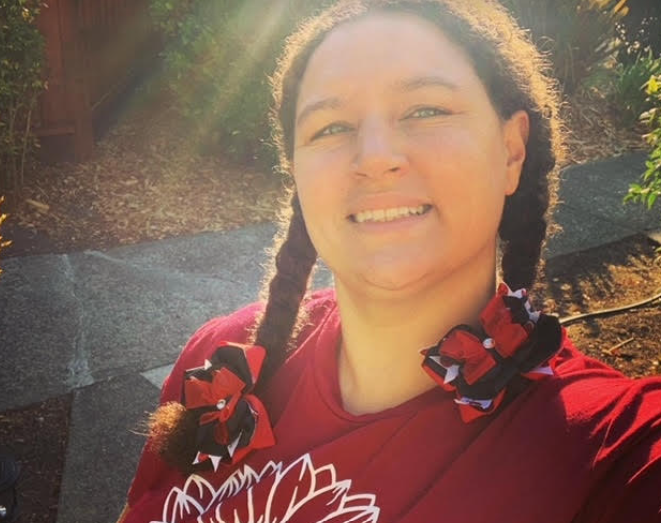 Madeline Nunes began at Mt. Tam Church several years ago as our Godly Play Sunday School Assistant. She took a few years off after the birth of her daughter, and now she rejoins our staff as one of our nursery caregivers. Madeline has taken Early Childhood Ed courses at both Bakersfield College and College of Marin studying Child Growth and Development and Child Health, Safety and Nutrition, among other classes. Before coming to Marin, she worked at an afterschool program at a church in her hometown of Bakersfield. She has most recently served for 3 years as a parent volunteer in the classroom. She is mom to 5 year old daughter Arya.

Madeline is a calm and loving presence in the nursery and enjoys playing with, nurturing and comforting the little ones in her care. 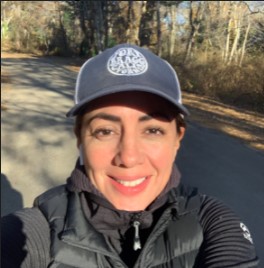 Adriana moved from Mexico City 20 years ago. She has been working with children ever since and has been on a great journey. She has worked as a nanny with several families in Marin and works as a Spanish teacher at Viva el Español with children in elementary school. She enjoys playing with children, singing and doing crafts.

Adriana is caring, thoughtful, patient and loving. She loves going on hikes around Marin and loves to be in nature.